October 15: Friedrich Nietzsche was born in 1844 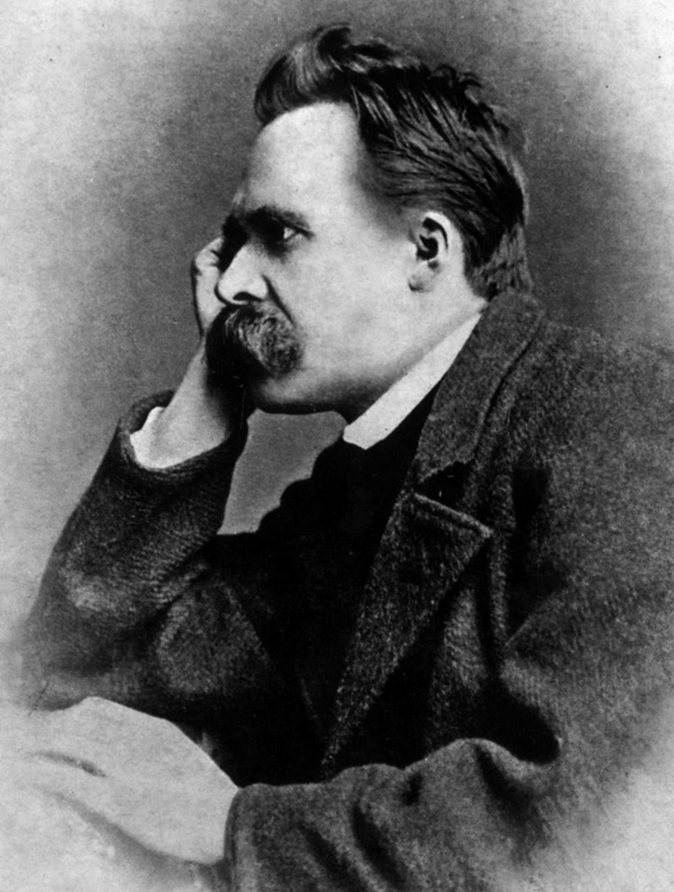 “There is always some madness in love. But there is also always some reason in madness.”
― Friedrich Nietzsche

Nietzsche’s key ideas include perspectivism, the will to power, master-slave morality, the death of God, the Übermensch and eternal recurrence. One of the key tenets of his philosophy is “life-affirmation“, which embraces the realities of the world in which we live over the idea of a world beyond. It further champions the creative powers of the individual to strive beyond social, cultural, and moral contexts. Nietzsche’s attitude towards religion and morality was marked with atheism, psychologism and historism: he considered them to be human creations ultimately produced by insecurities and flaws rather than effective means to alleviate those flaws. His radical questioning of the value and objectivity of truth has been the focus of extensive commentary, and his influence remains substantial, especially in schools of continental philosophy such as existentialism, postmodernism, and post-structuralism. His ideas of individual overcoming and transcendence beyond structure and context have had a profound impact on late-twentieth and early-twenty-first century thinkers, who have used these concepts as points of departure in the development of their philosophies.

Nietzsche began his career as a classical philologist—a scholar of Greek and Roman textual criticism—before turning to philosophy. In 1869, at age 24, he became the youngest-ever occupant of the Chair of Classical Philology at the University of Basel. He resigned in 1879 due to health problems that plagued him most of his life. In 1889, at age 44, he suffered a collapse and a complete loss of his mental faculties. The breakdown was later ascribed to atypical general paresis due to tertiary syphilis, but this diagnosis has come into question. Nietzsche lived his remaining years in the care of his mother (until her death in 1897) and then his sister Elisabeth Förster-Nietzsche. He died in 1900 of what was thought to be a stroke, however re-examination of Nietzsche’s medical evaluation papers show that he almost certainly died of brain cancer.

As his caretaker, his sister assumed the roles of curator and editor of Nietzsche’s manuscripts. Förster-Nietzsche, the widow of prominent German nationalist and antisemite Bernhard Förster, reworked Nietzsche’s unpublished writings to fit her own ideology. Often she did so in ways contrary to her brother’s stated opinions, which were strongly and explicitly opposed to antisemitism and nationalism. Through Förster-Nietzsche’s editions, Nietzsche’s name became associated with German militarism and Nazism, although later 20th-century scholars have counteracted this conception of his ideas.

Beyond Good and Evil (BBC documentry – about Friedrich Nietzsche and his gradual shift from religion, to nihilism, and finally to insanity.)

“Without music, life would be a mistake.”

“It is not a lack of love, but a lack of friendship that makes unhappy marriages.”

“That which does not kill us makes us stronger.”

“I’m not upset that you lied to me, I’m upset that from now on I can’t believe you.”

“And those who were seen dancing were thought to be insane by those who could not hear the music.”

“It is hard enough to remember my opinions, without also remembering my reasons for them!”

“You have your way. I have my way. As for the right way, the correct way, and the only way, it does not exist.”

“Whoever fights monsters should see to it that in the process he does not become a monster. And if you gaze long enough into an abyss, the abyss will gaze back into you.”

“You must have chaos within you to give birth to a dancing star.”

“In heaven, all the interesting people are missing.”

“Sometimes people don’t want to hear the truth because they don’t want their illusions destroyed.”

“There are no facts, only interpretations.”

“We should consider every day lost on which we have not danced at least once.”

“The individual has always had to struggle to keep from being overwhelmed by the tribe. If you try it, you will be lonely often, and sometimes frightened. But no price is too high to pay for the privilege of owning yourself.”

“The man of knowledge must be able not only to love his enemies but also to hate his friends.”

“I cannot believe in a God who wants to be praised all the time.”

“No one can construct for you the bridge upon which precisely you must cross the stream of life, no one but you yourself alone.”

“He who has a why to live for can bear almost any how.”

“When we are tired, we are attacked by ideas we conquered long ago.”

“The snake which cannot cast its skin has to die. As well the minds which are prevented from changing their opinions; they cease to be mind.”

“In individuals, insanity is rare; but in groups, parties, nations and epochs, it is the rule.”

“Thoughts are the shadows of our feelings — always darker, emptier and simpler.”

“Every deep thinker is more afraid of being understood than of being misunderstood.”