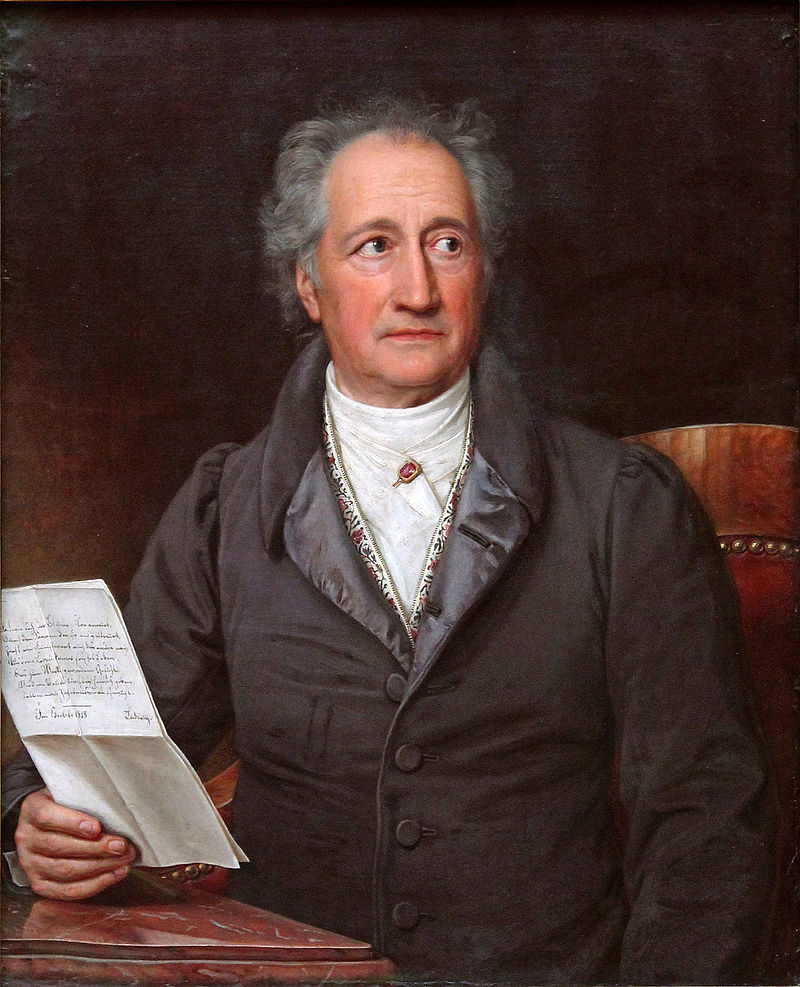 After returning from a tour of Italy in 1788, his first major scientific work, the Metamorphosis of Plants, was published. In 1791 he was made managing director of the theatre at Weimar, and in 1794 he began a friendship with the dramatist, historian, and philosopher Friedrich Schiller, whose plays he premiered until Schiller’s death in 1805. During this period Goethe published his second novel, Wilhelm Meister’s Apprenticeship, the verse epic Hermann and Dorothea, and, in 1808, the first part of his most celebrated drama, Faust. His conversations and various common undertakings throughout the 1790s with Schiller, Johann Gottlieb Fichte,Johann Gottfried Herder, Alexander von Humboldt, Wilhelm von Humboldt, and August and Friedrich Schlegel have, in later years, been collectively termed Weimar Classicism.

“One ought, every day at least, to hear a little song, read a good poem, see a fine picture, and, if it were possible, to speak a few reasonable words.”
― Johann Wolfgang von Goethe, Wilhelm Meister’s Apprenticeship

“Whatever you can do or dream you can, begin it. Boldness has genius, power and magic in it!”
― Johann Wolfgang von Goethe

“A man should hear a little music, read a little poetry, and see a fine picture every day of his life, in order that worldly cares may not obliterate the sense of the beautiful which God has implanted in the human soul.”
― Johann Wolfgang von Goethe

“Daring ideas are like chessmen moved forward. They may be beaten, but they may start a winning game.”
― Johann Wolfgang von Goethe

“I have possessed that heart, that noble soul, in whose presence I seemed to be more than I really was, because I was all that I could be.”
― Johann Wolfgang von Goethe

“As soon as you trust yourself, you will know how to live.”
― Johann Wolfgang von Goethe, Faust: First Part

“We do not have to visit a madhouse to find disordered minds; our planet is the mental institution of the universe.”
― Johann Wolfgang von Goethe

“A man sees in the world what he carries in his heart.”
― Johann Wolfgang von Goethe, Faust: First Part 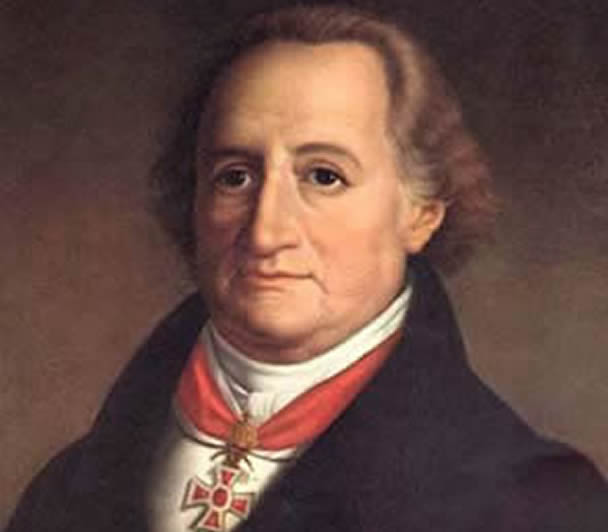