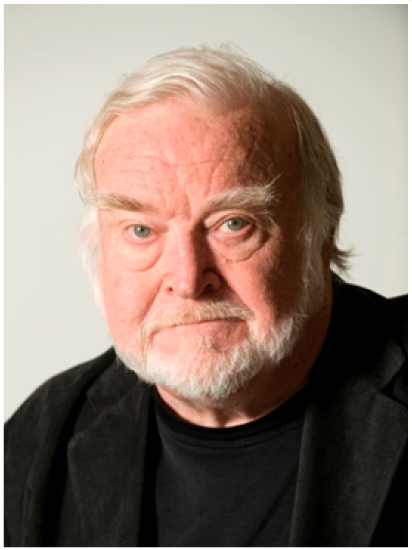 Mihaly Csikszentmihalyi (born September 29, 1934, in Fiume, Italy – now Rijeka, Croatia) is a Hungarian psychology professor, who emigrated to the United States at the age of 22. Now at Claremont Graduate University, he is the former head of the department of psychology at the University of Chicago and of the department of sociology and anthropology at Lake Forest College.

He is noted for both his work in the study of happiness and creativity and also for his notoriously difficult name, in terms of pronunciation for non-native speakers of the Hungarian language, but is best known as the architect of the notion of flow and for his years of research and writing on the topic. He is the author of many books and over 120 articles or book chapters. Martin Seligman, former president of the American Psychological Association, described Csikszentmihalyi as the world’s leading researcher on positive psychology. Csikszentmihalyi once said “Repression is not the way to virtue. When people restrain themselves out of fear, their lives are by necessity diminished. Only through freely chosen discipline can life be enjoyed and still kept within the bounds of reason.” His works are influential and are widely cited.

But religions are only temporarily successful attempts to cope with the lack of meaning in life; they are not permanent answers.

Children careen from one flow moment to another, animated by a sense of joy, equipped with a mindset of possibility, and working with the dedication of a West Point cadet. They use their brains and their bodies to probe and draw feedback from the environment in an endless pursuit of mastery.

Left to their own devices, children seek out flow with the inevitability of a natural law. So should we all.

If you are interested in something, you will focus on it, and if you focus attention on anything, it is likely that you will become interested in it. Many of the things we find interesting are not so by nature, but because we took the trouble of paying attention to them.

It is better to look suffering straight in the eye, acknowledge and respect it’s presence, and then get busy as soon as possible focusing on things we choose to focus on.

If one has failed to develop curiosity and interest in the early years, it is a good idea to acquire them now, before it is too late to improve the quality of life.
To do so is fairly easy in principle, but more difficult in practice. Yet it is sure worth trying. The first step is to develop the habit of doing whatever needs to be done with concentrated attention, with skill rather than inertia. Even the most routine tasks, like washing dishes, dressing, or mowing the lawn become more rewarding if we approach them with the care it would take to make a work of art. The next step is to transfer some psychic energy each day from tasks that we don’t like doing, or from passive leisure, into something we never did before, or something we enjoy doing but don’t do often enough because it seems too much trouble. There are literally millions of potentially interesting things in the world to see, to do, to learn about. But they don’t become actually interesting until we devote attention to them.

The task is to learn how to enjoy everyday life without diminishing other people’s chances to enjoy theirs.

Socializing is more positive than being alone, that’s why meetings are so popular. People don’t like being alone. That would be, however, an important skill to learn…

It might be true that it is “quality time” that counts, but after a certain point quantity has a bearing on quality.