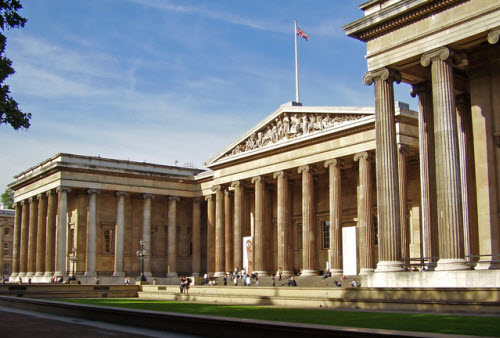 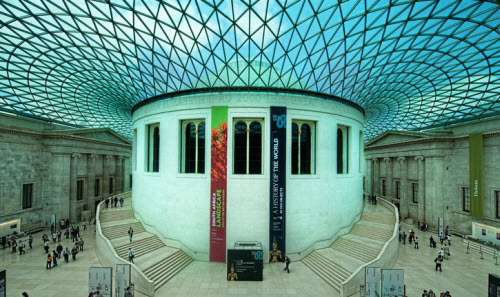 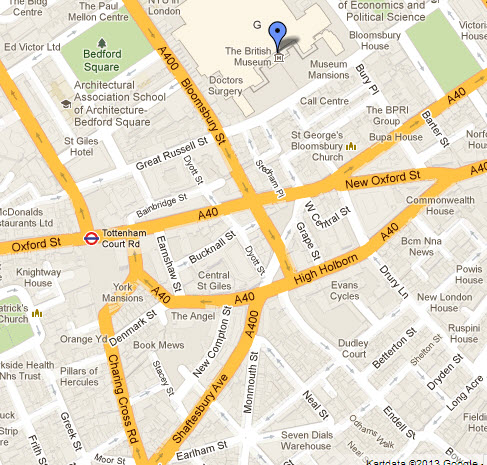 The British Museum is the only place I can think of where you can follow the rise and fall of three great civilizations – Egypt, Assyria & Greece.
~Rick Steves (London 2013)

The British Museum houses the world’s largest and most comprehensive collection of Egyptian antiquities, over 100,000 pieces, outside the Egyptian Museum in Cairo. A collection of immense importance for its range and quality, it includes objects of all periods from virtually every site of importance in Egypt and the Sudan. Together they illustrate every aspect of the cultures of the Nile Valley (includingNubia), from the Predynastic Neolithic period (c. 10,000 BC) through to the Coptic (Christian) times (12th century AD), a time-span over 11,000 years. 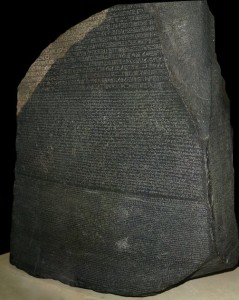 Highlights – Department of Greece and Rome

The British Museum has one of the world’s largest and most comprehensive collections of antiquities from the Classical world, with over 100,000 objects. These mostly range in date from the beginning of the Greek Bronze Age (about 3200 BC) to the reign of the Roman Emperor Constantine I in the 4th century AD.

The Cycladic, Minoan and Mycenaean cultures are represented, and the Greek collection includes important sculpture from the Parthenon inAthens, as well as elements of two of the Seven Wonders of the Ancient World, the Mausoleum at Halicarnassus and the Temple of Artemisat Ephesos.

Department of the Middle East

Formerly the Department of the Ancient Near East, with a collection numbering some 330,000 works, the British Museum possesses by far the world’s largest and most important collection of Mesopotamian antiquities outside Iraq. A collection of immense importance, the holdings of Assyrian, Babylonian and Sumerian antiquities are among the most comprehensive in the world with entire suites of rooms panelled in alabaster bas-reliefs from highly important sites between the rivers Euphrates and Tigris and include the biblical cities of Nimrud, Nineveh and Khorsabad.