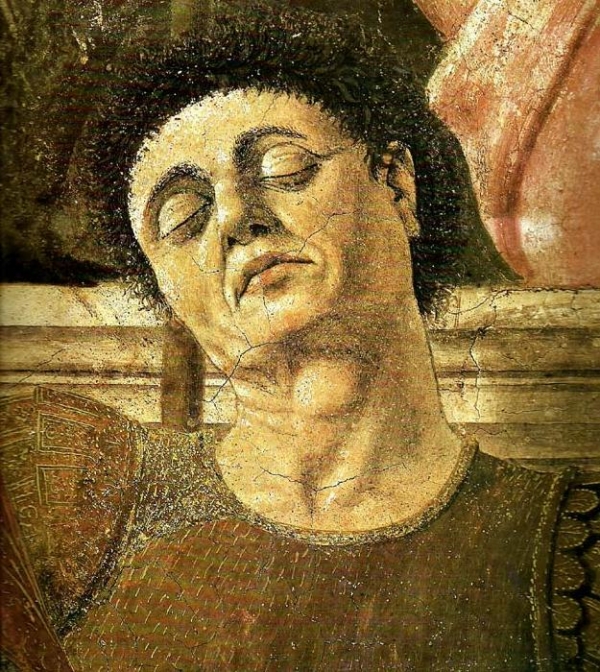 A self-portrait, detail from The Resurrection

Piero della Francesca (c. 1415 – October 12, 1492) was a painter of the Early Renaissance. As testified by Giorgio Vasari in his Lives of the Artists, to contemporaries he was also known as a mathematician and geometer. Nowadays Piero della Francesca is chiefly appreciated for his art. His painting was characterized by its serene humanism, its use of geometric forms and perspective. His most famous work is the cycle of frescoes “The Legend of the True Cross” in the church of San Francesco in the Tuscan town of Arezzo.

The Baptism of Christ, finished around 1448-1450. It is housed in the National Gallery, London. 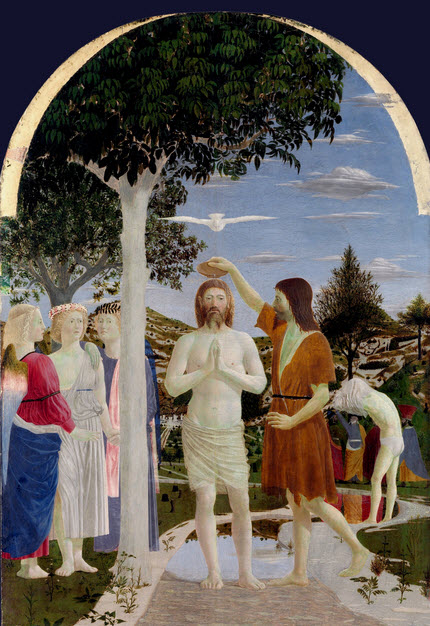 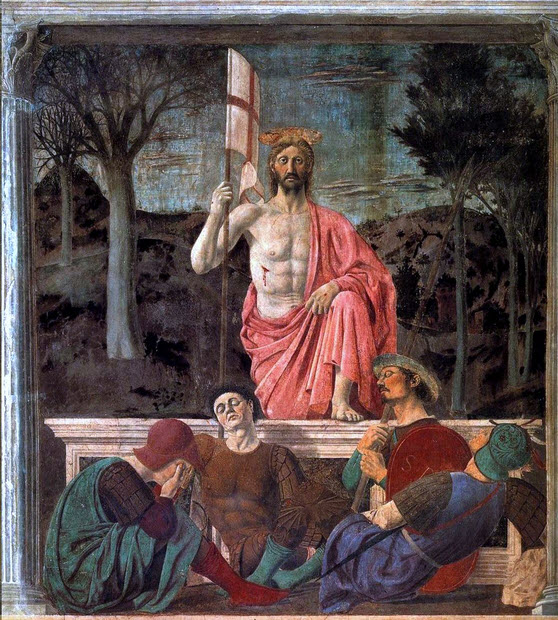 The Brera Madonna (also known as the Pala di Brera, the Montefeltro Altarpiece or Brera Altarpiece) executed in 1472-1474. 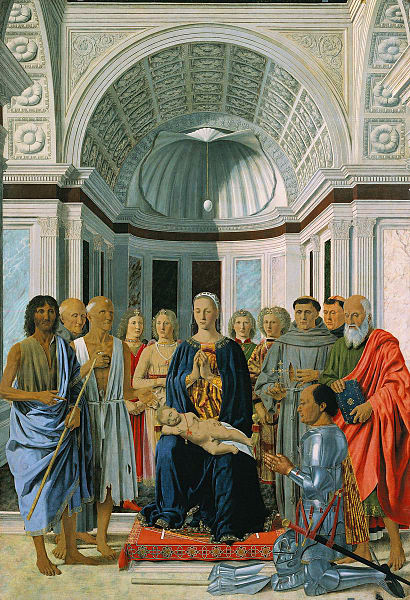